Posted on September 17, 2018 by walkingtotheend

Had wonderful day in Conques today continuing to explore this most magnificent village.

We have fine tuned our plans again slightly and are now going to return to Le Puy on the Compostela bus rather than move forward to Cahors. We discovered our bags were still in Le a Puy and had not left for Cahors yet so it was easier to back track to where they were. This also meant we could travel by the Compostela bus on it’s Sunday run tomorrow leaving here at 1pm and getting back to Le Puy at 5pm.

Also, our friends the Fullers generously suggested we catch up again at their home in Cissy (see earlier blog posts) for another day or so. This all fitted well as we will train it back up to there from Le Puy on Tuesday. From that point we will travel to Ireland as mentioned yesterday.

Our Camino plans have been postponed for now but the last week have given great experiences and insight for our future walking plans.

If anyone ever gets a chance to visit the Conque village do so. It really is fairy tale stuff. Our accomodation is at the bottom of a very long cobblestone hill (actually part of the Camino route) next to a picturesque river and pilgrim bridge. We have descended and ascended the hill 4 times overall and it takes about 15 minutes each time with hearts pounding on way up and knees aching on way down. Carrying a back pack just increases the effort as well. We have purchased a cow bell for our front gate at home. Those of you that have experienced the Camino here or in Spain will remember the tinkling they make around the cows and sheep in the fields.

Tomorrow we are off on the bus but hoping to see the Conques museum in the morning. 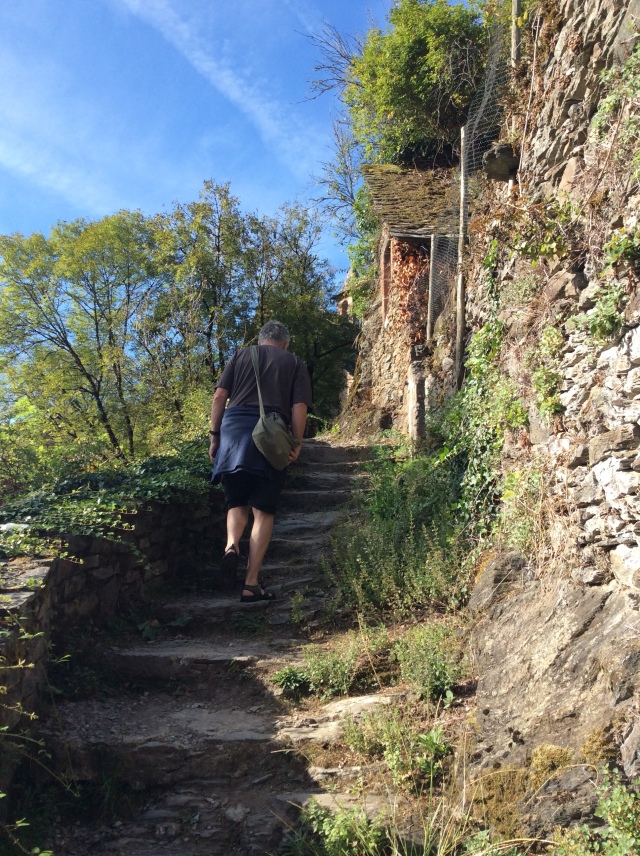 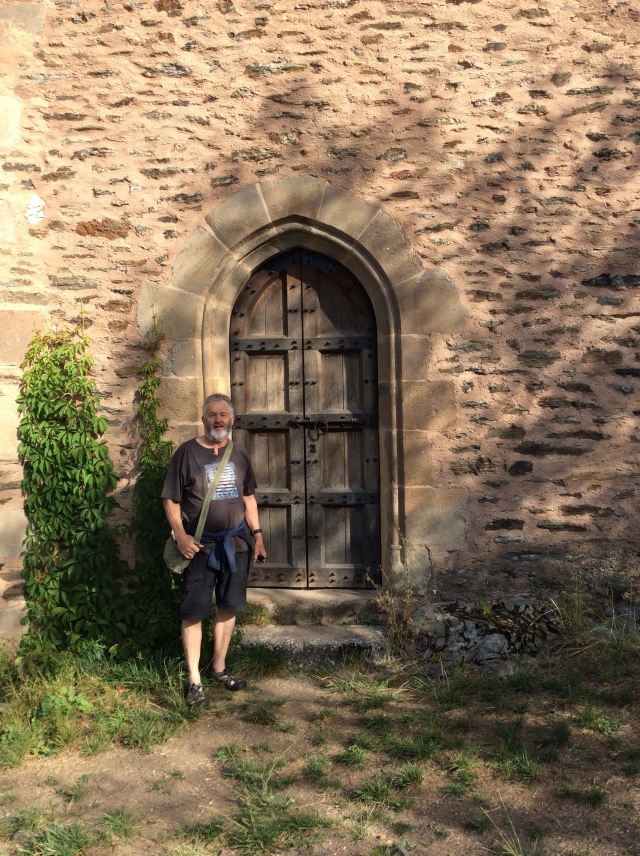