Posted on October 26, 2018 by walkingtotheend

Our last full day in Prague. Started the day with breakfast at Paul the French Patisserie just up the street from us in Wenceslas square. Pain aux raisins and coffee again.

Weather today was still grey but no rain and around 14 degrees so much more pleasant and no need for scarves and beanies.

Met the free tour at the old square and as a group 6 it was fantastic being able hear the guide easily ( sometimes hard if it’s a large group) and also meant it was easier to ask questions.

The tour ran for 2 hours and concentrated around the old city and into the area known as the Jewish quarter. Our guide Zac was a young American guy from Colorado who commenced his back packing adventure many years ago but had fallen in love with Prague and has now been here for 5 years. He knew his stuff though and was able to mix his knowledge of European history with lots of humour and advice about the best and worst restaurants , exchange rates and local customs.

In visiting the Jewish quarter we saw the Synagogue, now about 3 metres below street level reflecting that originally the area was 3 metres lower and in a bend of the river. It seems the Jewish community was confined to the worse parts of town, which seemed to be the norm historically. In this case the area was prone to regular flooding.

We visited Pragues famous astrological clock which does a little show on the hour. Thousands of people wait to see a skeleton, representing death, ring a little bell and 3 other characters, representing vanity, greed and lust, shaking their heads whilst several of the apostles appear in 2 windows and a golden chicken lifts its wings and crows. Our guide advised us to take our pictures of the disappointment on the crowds faces rather then the clock itself. Still hundreds roll up each hour to see this event.

Our walk finished and our group gave him his well earned tip and we went our seperate ways.

We then found our way to a butchers Nase Maso that also sells burgers and pulled meat sandwiches. This place had been recommended to us by a friend in Melbourne and it was well worth the visit.

We were back at ‘home’ by 230 today so we could prepare for the next stage of our travels.

In summary we go to Berlin tomorrow, then fly to Dublin and eventually back to London before flying home on the 6th November. 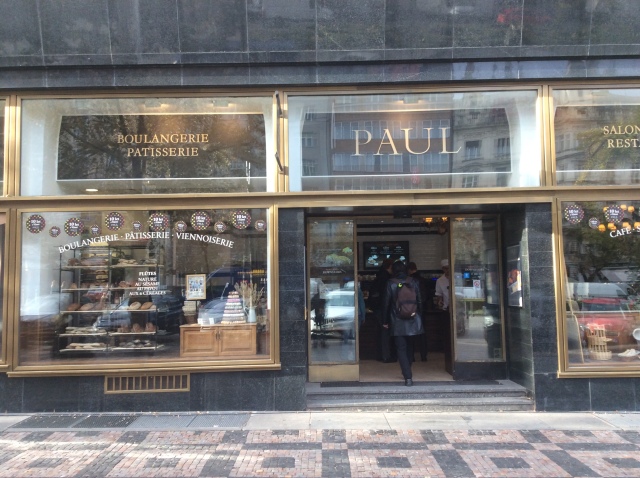 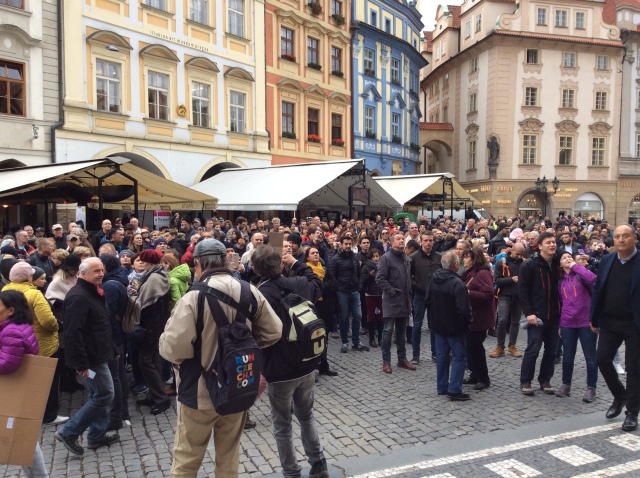