Posted on November 5, 2018 by walkingtotheend

We are staying in a pub called the Windsor Trooper. Our room is behind the the pub and very quiet until 6 am when the first planes start landing and taking off at Heathrow every 45 seconds or so until late in the evening. The wheels are still lowered, an indication of how close to the ground they are. Still we don’t mind as it makes us realise we are close to coming home now.

Today we had a full day in Windsor with Jai and Mike (my cousins from Stroud in the Cotswolds) and decided to explore London so travelled by train to Waterloo station.

We walked down to the Southbank along the Thames and wandered along enjoying the stalls, the street artists and the fantastic vibe that is London. We wandered around the Eye, Houses of Parliament, Downing Street, Trafalgar Square and so much more. We then decided to take Jai and Mike to see Churchills war rooms, which we had visited on our last trip but it was going to be a 45 minute wait so decided not to wait. Jai and Mike will visit it without us on another trip to London.

Had a jacket potato for lunch at a pub and continued walking, ending up at Shakespeares Globe theatre which Cath had seen 2 years back with Frances and Gail, and was very keen to visit again. This was a fantastic experience. We had a great guide who explained the reason the Globe had been built and how, where it is situated was once outside of London city, as theatre at that time was considered the devils work. It was built for the common people to attend at low cost and basically enjoy themselves, drinking beer and eating whilst they watched, or more importantly listened to the various plays. Our guide described their behaviour was not unlike what you would see at a football match today.

We left the Globe theatre around 430pm to discover it was getting dark but decided to keep walking along the river to get a view of Tower Bridge. We were now a long way from Waterloo station so decided to take one of the many water ferries that plough up and down the Thames. This was great fun and for about 6 pounds each and after 4 stops along the way we reached our stop right under the London Eye and found our way back to Waterloo station. We eventually arrived in Windsor where we had a great evening meal in Zizzi’s, an Italian restaurant and fell back into rooms at 9.45 exhausted.

Tomorrow our exploring will be centred on Windsor and Elton. 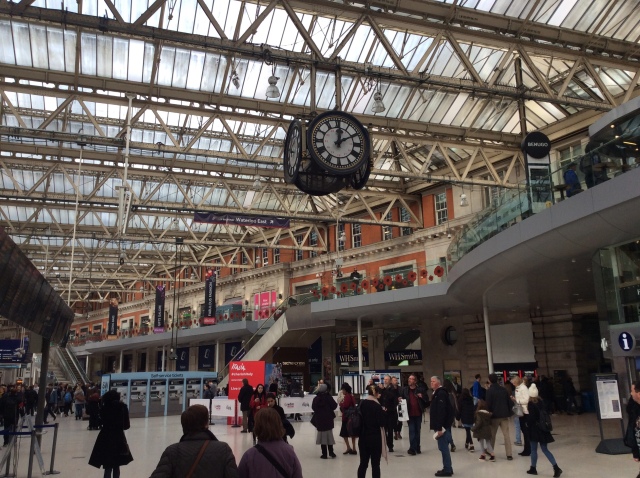 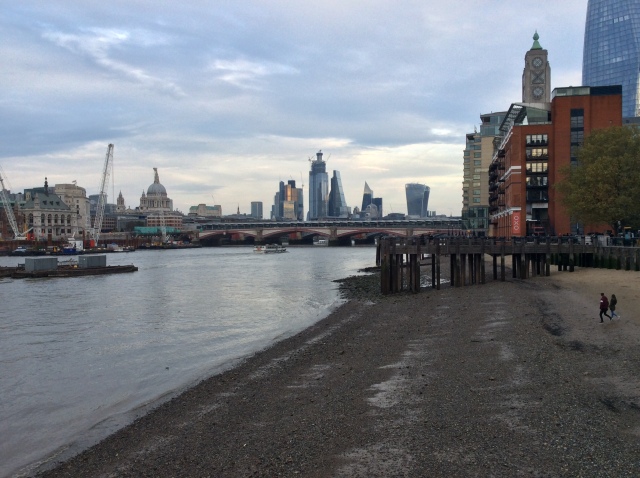 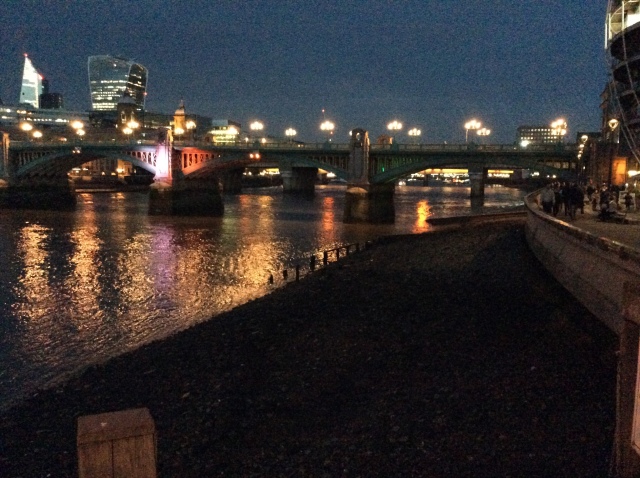 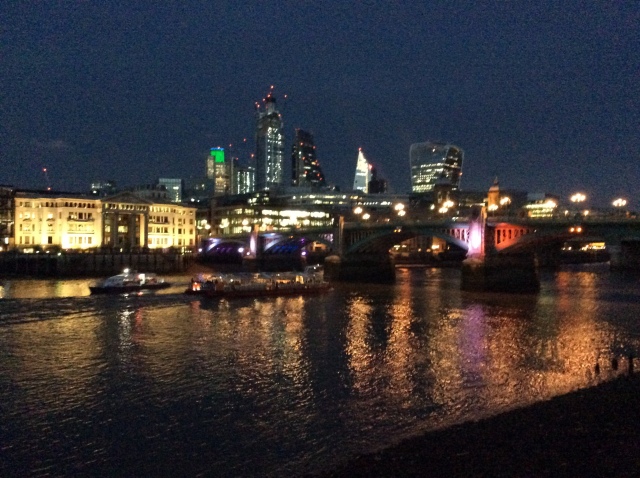